HISTORY OF OUR CLUB

The Rotary Club of Ryde was formed just after World War II by the Rotary Club of Burwood and received its Charter from Rotary International on 22 April 1946.  In the 64+ years since, the Club has undertaken a wide range of projects in the areas of community, vocation, youth and international understanding.

The Rotary Club of Ryde has “mothered” six other Rotary Clubs and is proud of this achievement. These clubs are:

Ryde Club owes its beginning to the Rotary Club of Burwood.  During the latter part of 1945, Norm Jorgensen, Vice-President of Burwood Club, was appointed the District Governors Special Representative, and with Rotarians Sandy Ross and Arthur Cave, made an extensive survey.  His report stated that Ryde was a good and prosperous community, very friendly and of excellent economic prospects.  There were 26 classifications which could be filled by suitable candidates and very enthusiastic support was sure to come from all prospective members, who were keen to be part of the fellowship of Rotary.

On 8 January 1946, he notified proposed Charter members of an information meeting to be held at the home of Sandy Ross on 18 January.  At this, Rotarians Jorgensen, Ross and Cave outlined the progress made in the survey of the area, explained the ideals, objects and policies of Rotary, and reported on the progress already made in the establishment of the new Club.  It was resolved that a Club be formed and that it be known as the Rotary Club of Ryde.

The office-bearers were then elected:

On 18 February, those selected as Charter Members were notified that a Provisional Rotary Club was now formed, and they were invited to attend the Inaugural meeting at St. Anne’s Hall at 6p.m. on 26 February 1946.

At this historic meeting, President Tony Cameron of the Burwood Club was in the chair and 35 members were present –  21 charter members of the new Club, 14 visitors (13 from Burwood Club and the President of the Wingham Club, Dr. Tom Malcolm-Smith).  President Tony addressed those present on what is expected of a Rotarian.  He stressed fellowship, personal and business integrity, community service and Service Above Self.  He urged all to be regular in attendance.  Norman Jorgensen explained the Constitution and By-Laws, after which the Constitution and the application for Charter were formally approved.  When these were signed by the President and Secretary of the Ryde Club, President Tony invited Eric Hearnshaw to take the chair and proceed with the meeting.  President Eric thanked the Burwood Club for their work in sponsoring Ryde.  The rest of the meeting was given over to addresses – the following being the subjects:

All speakers were thanked by President Eric, and the meeting closed.

This was granted by Rotary international on 22 April l946, Club No. 6268. So it is from that date that there was full recognition and membership in Rotary.  Charter Night was held in the Ryde Town Hall on 6 July, assembly being at 6.00pm and, as the program bears out, it was indeed a memorable occasion.  Not only was there a fine gathering of Rotarians and distinguished guests, but a grand display of Rotary spirit and excellent addresses expounding the true nature of the movement.

The highlights came when Chairman Tony Cameron presented the Charter Members to District Governor Harold Jones and asked him to formally hand over the Charter.  Following the presentation, he said “l have much pleasure in handing to you, President Eric, this Charter of the Rotary Club of Ryde.  It is to be handed on to your successor under the same conditions as it is handed to you tonight.  You have been elected to the highest office in the Club and much is expected of you, for Leadership in Rotary is vital to success.  The newly inducted members have been handed copies of the Objects of Rotary and the spirit of these Objects must go into every one of you.

You are professional and business men, meeting together in Fellowship.  You are united in the practice of Service.  You are to have deep concern for the welfare of your neighbours and your influence must be for good throughout the world. Standards must be raised, and if this is to be done, there must be no member without a job in community service.  Rotary has always been keenly interested in youth and its problems, and it regards the education and training of young people as of great importance.  In our schools and universities, principles of good citizenship are sometimes subordinated to academic attainments and as a result we have Giants of Knowledge and Pygmies of Character.  These are aspects of youth in which Rotary is vitally interested.  The job before us is a real one, but Rotary can do much in the cause of human relationships if it will use the best brains amongst its members to help rehabilitate the post-war world.  The highest aim of all is Peace, and this depends on International Understanding.  What happens in other countries must be of vital interest to you and yours.  These tasks are fraught with great difficulties, but do not let them deter you.  Let us all to the task.”

In reply, President Eric said “It is an honour and a privilege to accept this charter.  This is a proud moment for us all, for Ryde and for this Club.  Surely it is not insignificant that we should receive this charter this week – the week when America is commemorating its courage and its victory and holding the world enthralled with feats of terrible power and destruction.  At 8 o`clock last Monday, the world moved into a new era – the Atomic Age.  May I ask, what is it?  Surely it is that Man has extended his power over all things.  So it is in this age that the Rotary Club of Ryde has begun.  And I will draw this analogy – just as Man has by his genius and industry released a physical energy undreamed of, so let us release from our personalities a great spiritual energy such as can come only from a Divine motive.  Let us go on to the fulfilment of our Rotary ideals, remembering that in this age of great material marvels, the realities and true worth of life lie with the spirit.”

Past District Governor, Jim Mclntyre, gave the principal toast to Rotary International in these words: “Ryde Rotarians have been taken into one of the truly unique organisations of the world.  If President Eric’s speech is an indication of what it is going to do, you are assured of success.  Rotary is sometimes referred to as the Golden Rule in Overalls.  l say to you new members, get into your overalls and go to work, for the Objects of Rotary are as wide as the Earth and as high as the Heavens.”

The response to this toast was by that grand elder statesman and Rotarian, Sir Robert Garran. “Rotary,” he said, “a world brotherhood of’ men of goodwill.  It started in America and spread all over the world.  It helps a man to get out of his own hard shell, and opens his mind, his heart and his soul to his fellows.  Fellowship inspires Service, and from service springs better fellowship.  Remember, he profits most who serves best.  Look for Fellowship and Service, and keep warm in your hearts this new great spirit of Rotary.”

The remaining toasts were duly honoured and then Charter Member Bob Beer thanked all concerned for the gifts of Rotary insignia received from other Clubs.  These were many and made a brave show indeed.  Final acknowledgments were made and the parting songs brought the function to a close.

AN END AND A BEGINNING

The guests and fellows sang “The End of a Rotary Day” and it was the end, the end to all the problems, misgivings and uncertainties that go with all new ventures.  But it was really a beginning.  The Rotary Club of Ryde was established and set on its course with the members eagerly facing the task of making a proud record of service and fellowship.

The Rotary Club of Ryde has a fine collection of Rotary insignia and general equipment and it might be well to record how it all came about.  As already stated, many items were received on Charter Night when it is customary for gifts to be made to new Clubs.  The sponsor Club of`Burwood presented the Presidents Collar & Jewel and the Rotary Wheel & Plinth. The Speaker’s Gong came from the Rotary Club of Sydney, the Gavel from Bondi, the Flags from Hurstville, the Shillelagh from North Sydney, the Clock from Katoomba, and the framed copy of the Objects of Rotary from Parramatta.  Manly gave a photo of His Majesty, King George VI, but this of course is not used.  Soon after the charter was granted the large Rotary Banner was presented by Cliff Lovett.  It is a lovely piece of work, done by his mother’s hand when she was over eighty years of age.  Later on, Harold Halvorsen provided the Equipment Cupboard and Bob O’Toole, the Honour Boards.  Ron Pacey gave the Badge Cabinet during Bob Maze’s year.  The President’s Tankard, which is on show at all meetings, was donated by the Rotary Club of Ryde, Isle of Wight, in 1949, in appreciation of our association with it and also for the gifts of food parcels sent in the post-war years.

The Floor Rug which welcomes you to Rotary each week was given by Captain Frank Sawtell.  Frank was a pilot with Ansett-ANA and an honorary member for some years and did a great deal in many ways.  He was particularly helpful in tours and transport and loved to help the young people.  He retired to the Central Coast and the rug was his parting gift.

Another item of furniture, a folding stack-away traymobile, designed by Ron Pacey and presented to the Club in Bob Maze’s year, was used from 1959.

We meet Tuesdays at 6.00pm and warmly welcome visitors and anyone considering joining our club (bookings essential). Come to a meeting 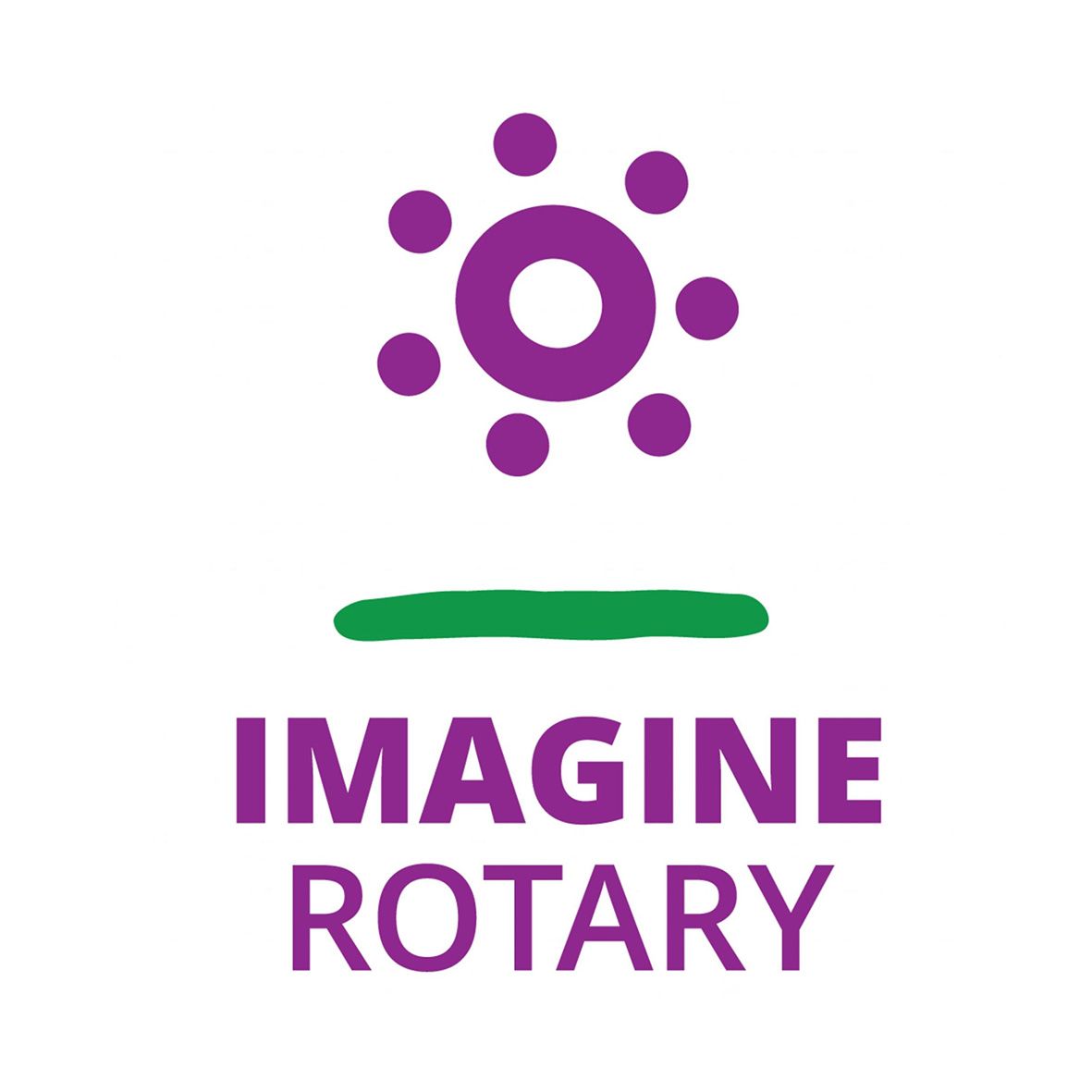 Rotary International, the world's first service club organisation, is made up of over 33,000 clubs in more than 200 countries and geographical areas. Its members form a global network of business and professional leaders who volunteer their time and talents to serve their communities and the world.
Rotary's motto, Service Above Self, exemplifies the humanitarian spirit of the organisation's members.

Using the secure engine of GiveNow.com.au